Putting This Into Perspective

Fatality data from the Boston Police Department indicates that, despite some anomalies in the data, pedestrian fatalities are on an upward trend. By contrast, bicyclist fatalities are fairly stable and driver fatalities have been declining slightly over time. The trend for pedestrians underscores the importance of addressing safety through Vision Zero efforts.

It is important to keep in mind that these statistics do not account for exposure – that is, how many people walk, bike, and drive and how many miles they travel by those modes in Boston. While fewer bicyclists are killed than pedestrians or drivers, there are also many fewer people riding a bicycle in Boston, so their risk of being killed is likely much higher than raw fatality numbers suggest. Conversely, given the many thousands of drivers driving many thousands of miles each year, the handful of driver fatalities likely results in a comparatively low risk of a driver fatality on Boston’s roadways.

Boston Emergency Medical Services transport disposition is classified in one of four main categories: Basic Life Support (BLS), Advanced Life Support (ALS), on-site fatality, and patient refusals. BLS ambulance transport is primarily for patients with non-life-threatening injuries, whereas ALS ambulance transport tends to be for more serious injuries requiring advanced care. In 2014, most pedestrians and bicyclists injured in a crash received BLS transport to the hospital. ALS transport occurred for 13% of pedestrians and 5% of bicyclists involved in crashes. On-site fatalities documented by Boston EMS do not include patients in critical condition who do not survive after transport to the hospital. Thankfully, on-site fatalities were rare, at less than 1% for both modes. Additionally, a portion of pedestrians and bicyclists refused to accept medical transport after being involved in a crash.

*Fatality data does not include crashes on roadways that are not owned by the City of Boston.
**Source: Fatality Data - Boston Police Department, Injury Data - Boston EMS 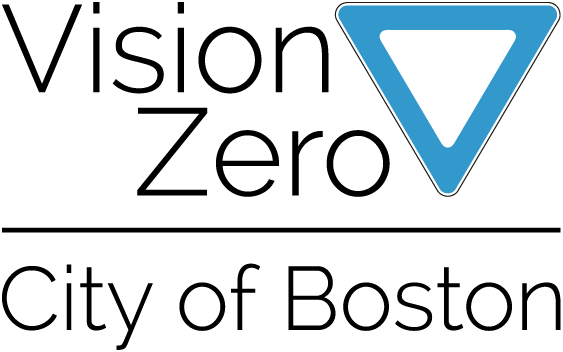 Vision Zero Boston is our commitment to focus the city’s resources on proven strategies to eliminate fatal and serious traffic crashes in the city by 2030. We are inspired by the belief that even one fatality is too many.